Elder Abuse is a Major Issue in Society 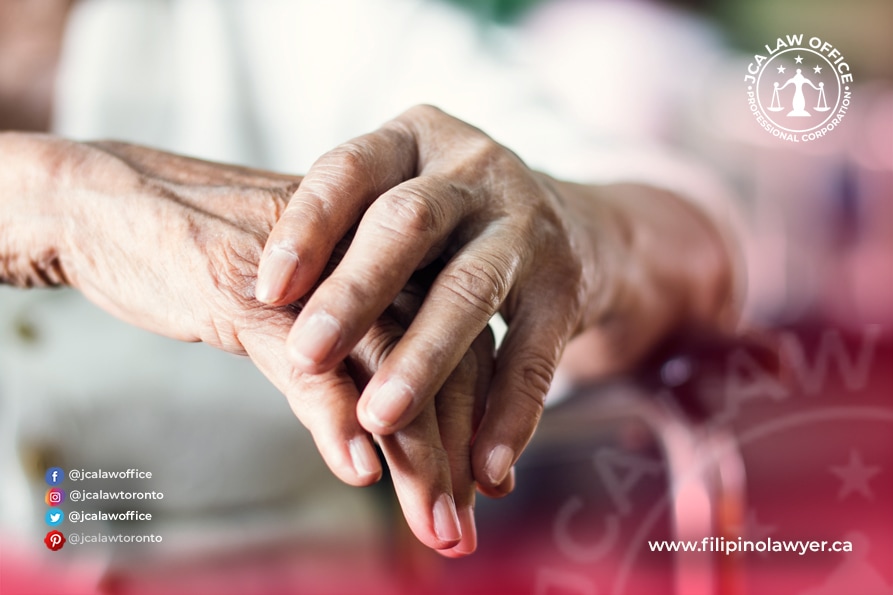 Elder abuse occurs a lot in our current society and most of the time it tends to go unnoticed by most people, which is quite unfortunate because it is a very serious matter that should be dealt with. If you don’t know what elder abuse is, it is defined as any action or lack of action in a relationship where there is an assumption of trust that manages to harm a senior and generates distress in them or risks their welfare or health. This type of abuse can take place in many places, such as in their home, or even in the community. These acts of abuse can be carried out by anyone, like the senior’s family, friends and any staff or person in a position of trust or authority. That means that elders could get harmed anywhere and by anyone, and this crime would still go observed by many.

There was actually a very recent incident that involved the act of elder abuse and the details are quite horrific. Rita Bedford, an elderly resident was confined in her apartment in Chilliwack B.C. over two weeks last December. The condition of her apartment was utterly disgusting, there were bedbugs multiplying in her mattress and also bloodstains and dead bed bug carcasses all over the floor. Rita is blind, so she had no idea what the state of her apartment was like, but luckily for her, a staffer took some pictures of the apartment and sent them to her daughter. Of course, Ms. Bedfords daughter was appalled by what she saw in the photos and decided to take action against the company.

However, this incident was not the only one to be reported over the last few years, circumstances like this have been happening for a while all over Canada. Ms Bedford’s lawyer claims that she hears many complaints of abuse and neglect involving Canada’s three largest for-profit seniors’ homes from over the past year. Ms Oakley, the lawyer, has actually filed a proposed action lawsuit involving 200 families. Oakley alleged that the companies were systematically negligent about the incidents and conditions of the facilities, however, the Ontario Supreme Court of Justice concealed the lawsuit due to the fact that the cases were too dissimilar.

This incident was just an example of elderly abuse, there can be several other different types of abuse that can occur to an elderly person. Elder abuse arises through physical, psychological/emotional, financial and sexual abuse, and also neglect. Each of these types of abuse are pretty straight forward; physical is when the senior is physically harmed, psychologically/emotional happens when their sense of identity and self-worth are being diminished, financial results from any assets or funds that are stolen from them without their consent, sexual transpires if any sexual behaviour is directed them without their consent, and neglect develops if their basic needs or care is deliberately being withheld from them. Each of these types of abuse towards an elder is horrible and frightening to think about, examples of abusive behaviour targeted at a senior can range from treating them like a child to having a strong entitlement over their personal belongings and estate.

Of course, the major concern of elderly abuse is the effect it’ll have on the senior in the situation because this abuse and neglect they face will definitely have negative changes on them. Some of the changes they may face are alterations in their mood, like depression and anxiety; modified behaviours, like social withdrawal; failure to meet financial obligations, physical harm’ such as bruising and other injuries; neglect; and a negative change in their living arrangement. All these effects on the senior also double as warning signs that they may be facing a form of elderly abuse. Therefore, if you notice any of these unusual changes or results of these effects at all, then consider the idea that the senior in question could be facing abuse of some kind and that they might need some help dealing with that abuse because often they can’t help themselves.

If you happen to come across or realize that an elderly person you know is dealing with some type of elderly abuse, then here are some tips and ways that would be effective in aiding them. Firstly, you must recognize the warning signs of abuse and conclude that something is wrong with the senior individual that seems to be stemming from some sort of abuse, then try talking to the elderly person and voice your concerns and questions about what might be going on, by checking out their situation you will find ways to help them out. Some good questions to ask them are, how they’re doing, if they’re having any sort of trouble at home, if there is any way you can help them, or if there is someone who you can contact for them that will provide them with the proper aid they need. A vital part of assisting an elder facing abuse is to keep all lines of communication with them open and by breaking any isolation they may be feeling.

On the other hand, if you are the elderly individual that is being abused or neglected then there are many ways for you to find help for yourself. It’s suggested that you try one of these methods instead of letting the abuse continue and get any worse. It would be in your benefit to get help because someone will always be there to assist you and remember that you don’t deserve to be abused, you are not to be blamed for the abuse, you have the right to live without fear, the abuse could only get worse, and that you have the authority to regulate your own life and decisions. The most effective methods that you could use are to tell someone you trust about what is happening and the abuse you are facing, go to the police if you are being harmed in any way or don’t feel safe, figure out your options to take care of your personal needs and financial preservation, and finally make a safety plan and emergency kit in case you have to quickly leave the place you are currently staying in. Some helplines you can contact are; the Long-Term Care Action Line, 1-866-434-0144; the Victim Support line, 1-888-579-2888; the Seniors Safety Line, 1-866-299-1011; Elder Abuse Ontario, 416-916-6728; and the Seniors’ Infoline, 1-888-910-1999. 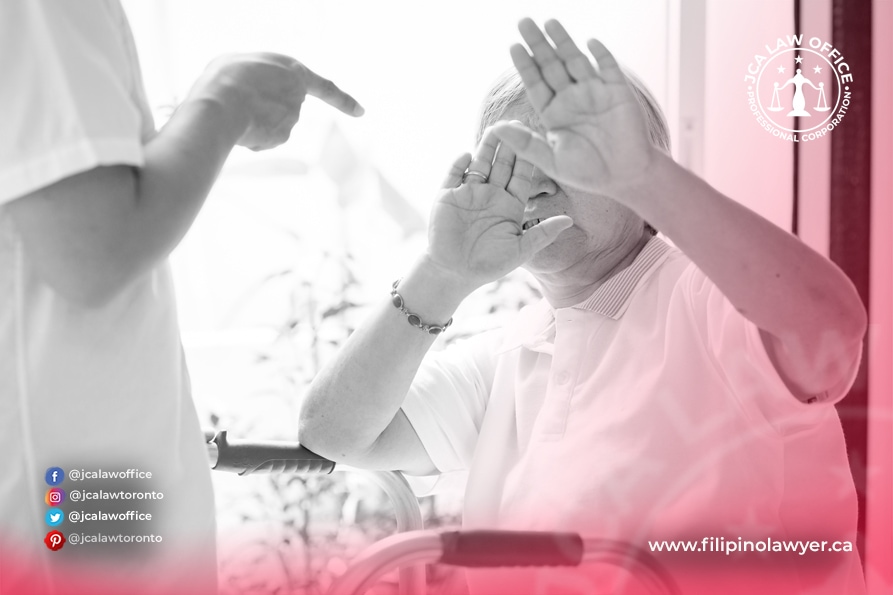 You must also remember that elderly abuse is a criminal offence and legal action can be taken against the offender. Depending on the severity of the abuse and the preference of the victim, different actions may be taken against the offender. The victim may sue the offender and claim for damages of up to $25,000 at the Small Claims Court or under the Simplified Procedure of up to $100,000. In addition, the victim may proceed criminally and the offender may be charged with a Summary offence or an Indictable offence.

Elderly abuse is a very serious and horrible act that happens to many and unfortunately get overlooked a lot in our society. So, it’s time to change this issue and help those seniors that need it because they don’t deserve any sort of abuse from anyone.