Is the online application for Canadian Immigrants discriminatory? 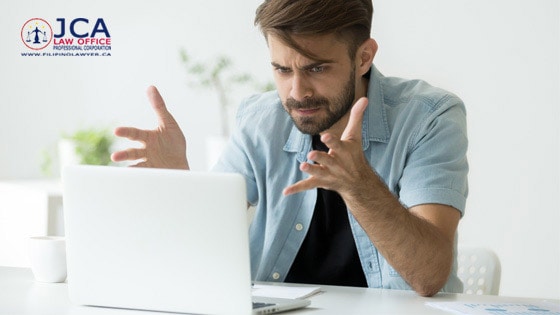 Is the online application for Canadian Immigrants discriminatory?

In case you missed the news about the first-come-first-served online application for immigrants last January 28, 2019. Some lawyers slammed the online application “profoundly discriminatory” after the opened and closed in less than 10 minutes! Yes, less 10 minutes and you read it right. And the form itself takes 10 minutes to fill up. Hmmm, quite interesting and worth considering how the system works. Isn’t it better the old-fashioned way to use papers instead of online since some of the Canadian Citizens here are not that tech guru?

The 27,000 family-reunification program 2019 were done in less than 10 minutes after it goes live. So, anyone who had trouble filing the form quickly due to disability or internet connection was already screened out.

The Toronto-based Immigration lawyer like Clifford McCarten is one of the many lawyers raising concerns about the fairness of the said program. They said that only those who have the skills in typing, quick internet, good understanding of English or French would be a great chance of success to get the spot.

“The system essentially collapsed and gave people a totally unfair expectation of how it would operate, as opposed to how it actually was deployed,” McCarten said.

The instructions themselves take 10 minutes to complete but due to time limit, the quota for the year was completed in much lesser time. The keyboard and technical people can complete the form so easily against the non-technical applicants.

Another Immigration Lawyer from Vancouver Will Tao said misrepresentations or mistakes on immigration forms can come with the prices, applicants with Limited English or French would have too cautious and slower just to fill up the form.

“It was a disaster, a total failure”, Tao said. “They never had an equal opportunity to access this process”.
It is a valid concern and sentiments in my opinion because people never have a chance for equal opportunity when it comes to typing, language, computer skills and internet speed.

The first-come-first served online application for the family sponsorship program announce last August 2018 was a replacement from a “lottery-style process” for taking applications.
Applications before 2017 were prioritized based on locations or geography and would have better odds for success if families could afford to pay for the experienced but expensive lawyers who knew how the system worked.

When it was announced last summer, Minister Ahmed Hussen said he knew this model would make the program fairer.

“The initial analysis was done. They said no technical issues were experienced nor identified”, a quote from Mat Genest, spokesperson for Hussen.

The anti-bot features were also used to ensure all applications were legitimate and not from automated computer codes design to trigger and act faster than humans, he said.

Will Tao has been gathering accounts from newcomers and other lawyers who tried to apply to this program and he said he has heard widespread concerns about the technical issues.

“One of the issues was some people can’t view nor see the form, he said. Many of them waiting for hours and yet they didn’t even saw the form until the system reached the 27000 applicants in less than 10 minutes.”

“Their system, by design, excludes a huge number of people for no other reason than their internet connection, their ability in reading English quickly, the ability to finish the complicated form details and justification how their family separated was discriminatory and totally not acceptable.”